The Famar Group has installed machines in every corner of the world and has become an international brand.

For Famar customers, the brand means advanced technology, flexibility and a quality guarantee.
Contact us for more details

AN ESTABLISHED REALITY,
SELLING ALL OVER THE WORLD

Today Famar Group has an excellent reputation and a worldwide client base that appreciates its seriousness and technological advancement.

In addition to these companies, which are based in the Piedmont area, the Group is composed of Famar Werkzeugmaschine GmBH based in Karlsruhe, Germany and Famar Machinery Co. Ltd. based in Shanghai, China.

All Famar machines are designed and built according to the part to be produced by the customer.

The philosophy that guides the Famar group's work is to go beyond providing only a machine, but to offer the complete "production process".

Famar invests heavily in research and development, in order to formulate the best solutions dedicated to machining, focusing not only on the perfection of the machined product but paying particular attention to timing combined with high safety standards and high productivity. 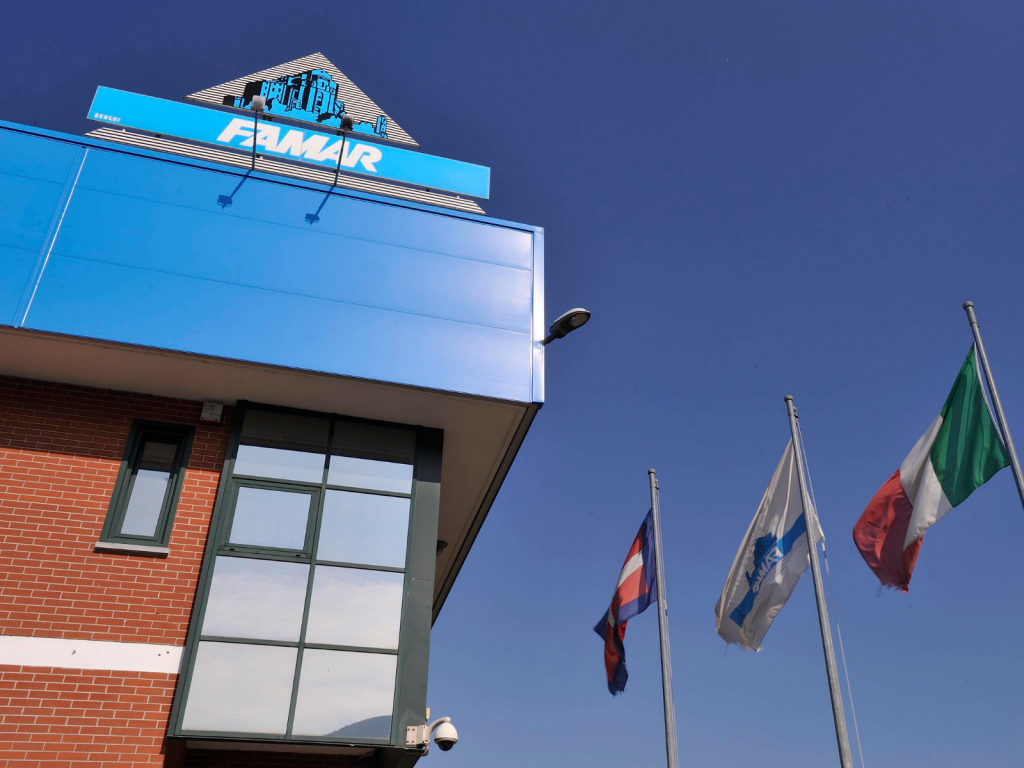 Famar's aim to offer technological solutions for all manufacturing requirements has given rise to Fausto Marinello.

The new, high-tech headquarters in Sant'Ambrogio hosts a plant of over 6500 m² where innovative solutions for milling machines are designed and developed.

The products manufactured follow the Famar production philosophy and are designed and built in a modular concept, with customization based on the production needs of the customer.

In 2013 Fausto Marinello launched into the market a product which was ahead of its time in mechanical technology: the new FM 25 horizontal twin-spindle machining center. 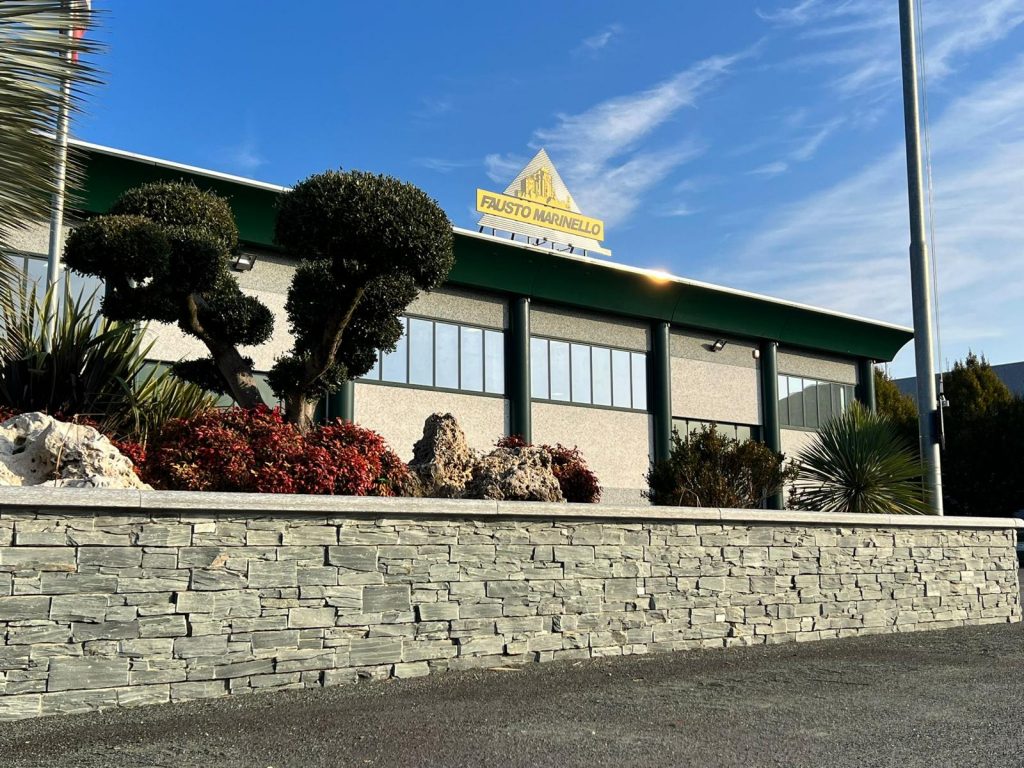 Famar Automations was established in 2004 on the wave of Famar's successful philosophy of providing complete, tailor-made production processes.

On the strength of the experience acquired in the first years of activity, in 2008 Famar Automations extended its horizons by approaching the market of automation solutions with independent feeding and conveying systems.

In 2012, the new plant in Avigliana was dedicated next to the historical Famar headquarters, where new business applications were developed. These applications include special feeding systems designed according to the client's needs, the standard line of conveying systems developed on the basis of extrusions of various shapes, as well as the design and construction of robotic cells.

Famar Automations today is a consolidated and constantly growing reality with strong investments in research and development in order to provide increasingly technologically advanced automation processes. 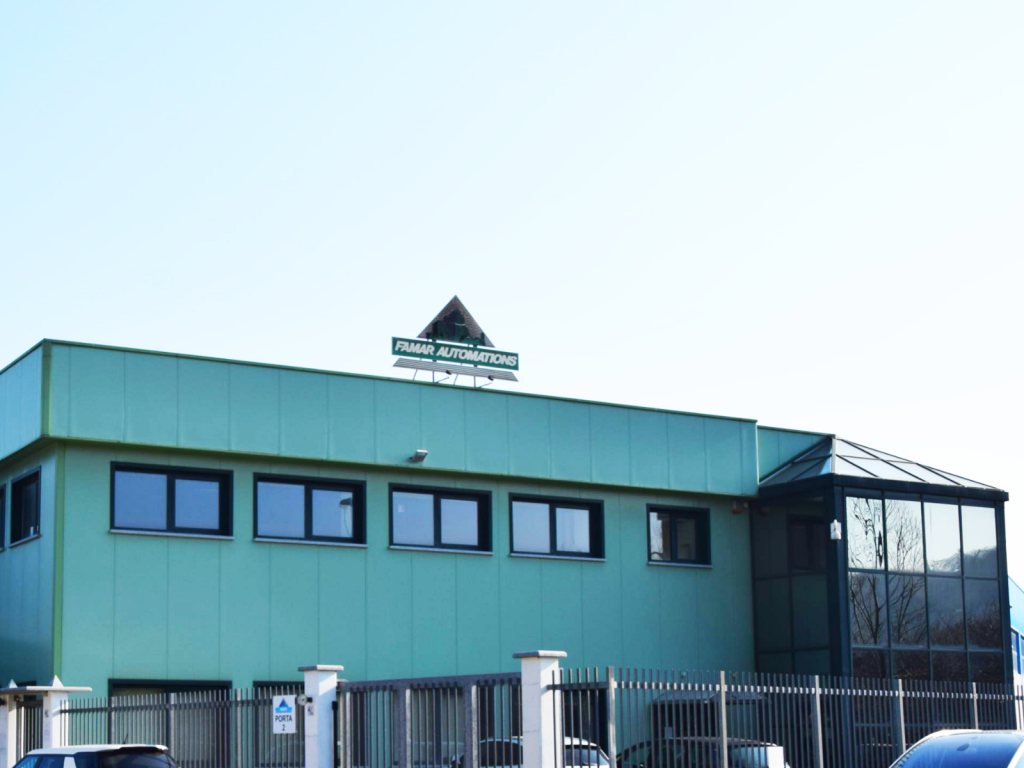 The growth of international relations and the rapid expansion of Famar in the world market necessitated the creation of a concrete presence beyond national borders.

In addition to the widespread network of agents in different countries, Famar Werkzeugmaschinen GmbH was established.

In Karlsruhe, the German branch of the company is responsible for the management and development of the German market for all of the group's brands.

The company and the network of agents it manages independently manage existing and potential customers in Germany, Austria and Switzerland.

The German office also provides, in collaboration with the Avigliana office, a direct assistance service for maintenance and spare parts, thus guaranteeing the rapid and prompt resolution of any problems.

The endless development of the Famar Group has given birth to a new company called Famar Machinery based in Shanghai.

The office manages the entire Oriental market, guaranteeing rapid response and solutions in line with the special needs of the Chinese market.

The Shanghai office works closely with the Italian Group, guaranteeing extremely innovative and fully customisable solutions in accordance with the needs of the Asian market.